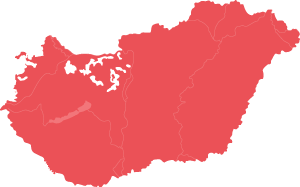 Biddable and gentle; none of the extremity characteristic of Mór wines can be felt. Just the right colours with the characteristic flavour of Blau Frankish and delightfully sleek acids. It is a really fresh, youthful, and unisex wine.

I can best imagine it after a good beef stew, as it compensates this heavy dish well. It can, however, also provide forgiveness after hot dishes with chili.

About the Kékfrankos or “Blue Frankish” variety:

The Kékfrankos is a variety belonging to the wine-producing vines (Vitis vinifera) of the Vitaceae family. It is the most prevalent red grape vine variety in Hungary.
The Kékfrankos is common is Central Europe including Austria and Germany. It is grown in several wine regions of Hungary including Sopron, Villány, Hajós, Szekszárd and Eger. The Kékfrankos wines of various wine regions are of different character.
In the 1990's Kékfrankos was considered to be a rather low-class wine that many would have liked to change to more fashionable varieties but its popularity has continued to rise in the last few years. Actually, it is now pointed out that Hungary's conditions are unique for growing Kékfrankos. Kékfrankos is not only bottled on its own. It is also the main ingredient of the Eger and Szekszárd Bull's Blood.
Its stock is of rapid growth. Its cluster is medium-sized, medium-packed with a short rachis, Its berries are medium, thick-skinned, slightly velveted. It yields well, can be harvested in September, and there is no rush with its harvest as it hardly rots.
Kékfrankos grapes are typically used to make fruity, dry red wines with acid accents, rich tannins, and a spicy character.
Similar names: Blaufränkisch, Blauer Limberger or Lemberger, Limberger, Franconia, Frankovka, Frankovka modra, Moravka. According to a study, Kékfrankos has more than 40 name varieties in Central and Eastern Europe.
The German name (Lemberger) refers to the dukedom Lemberg in today's Slovenia that used to be a part of the Austro-Hungarian Monarchy.

The past of the Mór wine region takes us back to historical times but our wine law lists the first and second class vineyard cadastre border parts of Mór, Pusztavám, Söréd, Csókakő, Zámoly and Csákberény as parts of the wine region from 1996.
In the life of the settlements vine-growing and wine-making played a definite part in the past.

The Mór wine region is one of the smallest in size among the 22 wine regions in Hungary but it belongs to the more famous ones.
The wine region is located on about 730 hectares in the valley of Vértes and Bakony in the boundaries of Mór, Pusztavám, Söréd, Csókakő, Zámoly and Csákberény settlements.
Its climate is continental.
Its topsoil consists of loess brown forest soil, clay, limestone and dolomite.
In the case of exceptionally good weather aszú wine can be made from shrunken berries that is a match for the Tokaj aszú both in aroma and quality. "The Mór wine is chalky, he who drinks it is brainy" - the saying goes even though the lime content of Mór wines is no higher than that of wines in other Hungarian wine regions. The Mór wines owe their masculinity to their high acid content. This, however, does not cause a headache, or a hangover, when consumed with moderation - unlike other wines with high carbonate content.