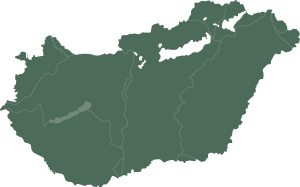 This wine speciality can only be made if the weather is gracious.
It is worth poring over the fact that this occurs roughly every five years.
This year we managed to make a concentrated taste that has a very high sugar content and is almost gelatinously thick. Everybody’s friend, a unisex wine.

A drink to accompany a drink? Why not?
What we need is a pleasant cup of tea – preferably black tea – and then may come this special dessert wine. One can almost bite at it.

About the Zeta variety:

Zeta – or Oremus, as it is also known – is a white wine variety of Hungarian improvement. It was improved by the crossing of the Bouvier and Furmint varieties by Ferenc Király and his colleagues in 1951.

It was previously called Oremus because of the similar name of a slope. In 1999 the name ‘Zeta’ became accepted.

It is of moderately strong growth, with canes of medium thickness. Its leaves are lobate and serrated. It primarily excels at early ripening and the ability for the aszú process. Its productivity and drought-tolerance are medium.

It ripens in the second half of September, four to six weeks earlier than the Furmint. Its clusters are cone-shaped, compact and medium-sized. It is, however, rather prone to Peronospora or downy mildew, and powdery mildew.

CLASS: Sweet white wine made from shrivelled grapes with protected designation of origin