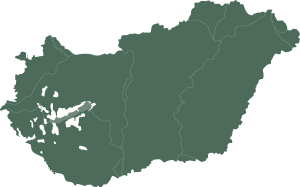 Elegant, exciting, assertive, and really authentic wine. I would add that it is my personal favourite in Badacsony. Its unique, not intrusive but still firm aroma is rounded off by a slightly spicy bouquet and a mineralized nature characteristic of the basalt soil. It is the centre of the crowd, a unisex wine.

I made steak tartare with toast and garlic butter to accompany it. It is a dish that is easy to handle even for a bigger crowd.

At one time it was a widespread vine variety in the wine regions of the entire Carpathian Basin. Nowadays more and more of us believe that ignoring it was a mistake. The Bakator or Red Bakator is an ancient Hungarian variety belonging to the wine-producing vines (Vitis vinifera) of the Vitaceae family. There are only a few stalks left. Its yield is medium. It only yields good quality of the circumstances are favourable. Its wine is a fine, aromatic, full-bodied table wine. It only ripens by mid-October. Its setting is often not satisfactory. It requires good soil and a warm, sheltered location. Its better known names are Bakator, Red Bakar and Ménesi Rózsás. Among its many varieties there are white, black, green, yellow, pink and garnet-red Bakators.
It does not have a connected production site, it is rather found dispersedly. It is also grown in the Neszmély wine region and in the Nyírség besides the Balaton area. It is a famous variety of the Arad-hegyalja wine region on the territory of the pre-Trianon Hungary. Its stock is of strong growth. Its canes are thick, have long merithallus, they are brownish red and striped. Its sprouts are medium-sized, pointed, projected and slightly fleecy. Its vexil is felty, with a slightly bronze running, and is yellow. Its leaf is large, roundish and has five lobes. Its upper lateral sinus are deep, roundish, closed. Its petiolar sinus is most of the times closed. Its sprout is outstandingly striped in purplish colour. Its flowers are functionally female flowers, and fructify badly. Its cluster is medium-sized, short and thick-set, branchy, irregular-shaped, medium-packed or loose. Its berries are medium-sized, round, thick-skinned, flesh-red, dotted, juicy and have a rather pleasant aroma.

Badacsony is the highest mountain in the Tapolca Basin; it stands between two bays of Lake Balaton. The circumference of the almost round mountain is 11km, the diametre of its top region slightly elongated in the north-south direction is 1-1.5km, its highest point is 437.4 metres above sea level. Its hillside is covered up to 280 metres by various loose deposits that are excellent for growing vine, and its soil is basalt-based loess. It is covered by various loose deposit, Pannon clay and Pannon loess, above which there are basalt rocks. Its climate is mild and balanced with high humidity. Because of the proximity of Lake Balaton the southern hills can also enjoy the sunshine reflected from the surface of the water, therefore there is a very beneficial microclimate that makes the making of natural dessert wine possible.